When lending on new build, should lenders just rely on the mortgage valuation? There is other data available that can be used in valuing new build developments. Chris Gregory, CEO at Developer Solutions Ltd (DSL), explains

During the boom period leading up to 2007 a culture of greed swept through the banking and finance industries. The housebuilding sector was not immune to this: driving unsustainable risks beyond acceptable boundaries, justified by past trends of rapid financial and economic growth. Mortgage valuers also dropped their guard often carrying out 10 mortgage valuations a day.

In 2008 developers, along with banks, went into melt down and suffered the biggest financial losses ever seen. Although, only 10% of all house purchase transactions are new build it suffered a significantly larger percentage of claims. Valuers struggled to provide supporting evidence to defend negligence claims and by default their professional indemnity insurance (PI) became mortgage lenders “indemnity”.

So why is the mortgage valuations process not suitable for new build?

It is little surprise that many valuers have run shy of valuing new build homes, they see it as high risk. There has been much misinformation about new build and how to properly assess values. This has led to regular inconsistencies in new build valuations. Some valuers find it difficult to distinguish between a lender’s risk exposure on a scheme and the valuation.

One of the biggest issues facing housebuilders and mortgage lenders is the uncertainty created by an inconsistent approach in new build mortgage valuations. We have seen huge disparity (in one case as much as 20%) in mortgage valuations for the same property type on the same development with the same outlook and on the same floor – this is not helpful to lender, buyer or developer.

Some developers have not helped themselves – they have been known to hide incentives from valuers and create dual pricing. Then there is the latest scandal of creating unacceptable leasehold terms, not just restricted to flats but also houses, enabling them to sell the freehold at a much higher price. This all creates a culture of distrust though in many cases it’s the few that ruin it for the majority.

The sharp-end of the housebuilding industry is acquiring land at a price that is viable. During the financial turmoil of 2008 many housebuilders were caught out with overpriced land resulting in several casualties. Some large housebuilders that managed to survive, despite massive write-downs are now criticised for land banking – the reality is that they still hold land that is not commercially viable to build.

What is the new valuation process for new build?

Mortgage lenders are starting to appreciate the need to rely on hard data and to take responsibility for risk rather than rely on valuers and their PI. It is worth noting Nationwide Building Society’s lead in building its own in-house valuation team – well done them.

DSL, in association with many leading housebuilders, have over several years worked closely to provide a risk tool to appraise values – Price Viability Appraisal & Valuation. This has now been tried and tested on over 5,000 land appraisals. Mitigating risk by buying right, optimising values, ensuring best mix, analysing supply and demand to ensure sales rates are achieved is vital.

This resulted in the introduction of a new and unique process for land acquisition in the form of a report. It uses a local valuer’s knowledge, research and opinion and cross checks this against local market data. This includes new build and resales, £ per sq ft and capital values using comparables from mortgage valuers, HM Land Registry and sales portals to assess values for each property type proposed on a development.

By joining up this detailed report as part of a mortgage and valuation risk tool we can create a more robust and consistent valuation process. We are therefore working closely with mortgage lenders to encourage the use of our reports as a pre-valuation prior to launch of a site. Once values have been approved by the lender no further inspection should be required. This will speed up the underwriting process, improve efficiency, create consistency and certainty for buyers, lenders and developers. 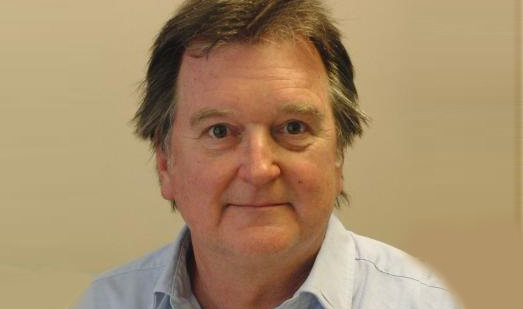 Chris Gregory is CEO at Developer Solutions Ltd and has over 30 years’ property market experience in specialising in new build.

This article was originally published on the Mortgage Finance Gazette website at
https://www.mortgagefinancegazette.com/market-commentary/whats-wrong-new-build-mortgage-valuations-08-12-2017/